Checking in on Hipstamatic, the OG iPhone photo filters app!

Get all the latest posts delivered straight to your inbox.

Processing your application Please check your inbox and click the link to confirm your subscription. There was an error sending the email

Hipstamatic was a pioneer of iPhoneography but has it since gone the way of YouTube Rewind or is it still thriving? Winner of the first iPhone App of the Year award all the way back in 2010, Hipstamatic was competing with Instagram for a while, until Facebook got their chequebook out and spent $1 billion in 2012, which was considered a lot of money back then. None of this takes away from what Hipstamatic achieved; they almost single handily legitimized iPhoneography at the start I'd argue, while I still see some light-hearted snobbery around iPhone Photography, imagine what it was back in 2010 when the iPhone 4 was released with its 5-megapixel camera. Let's just say it wasn't taken completely seriously, apps were still a novelty and lo-fi was very much a thing.

For lots of us back then, Hipstamatic was a revelation, it cleverly infused analogue inspiration, so it felt like each Hipstamatic image was special. My history with Hipstamatic started in 2012, I absolutely loved the app, it reignited my interest in everyday photography. I blogged about Hipstamatic back in the day, I followed each release, with examples and different combinations. Incidentally, I did two Photo 365's predominantly with Hipstamatic, which was rewarding.

Hipstamatic gear (filters) can come with Films, Lenses and Flashes which form a HipstaPak or SnapPak as well as bonus cases, that affect the look of photos, there is lots of fun to be had to chop and change these components to make them your own.

Hipstamatic has gone through plenty of upheavals since the beginning, they have taken risks, and tried different ideas, not all of them have worked (looking at you Oggl, Disposable and DSPO) but basically the core product has stayed the same, with tweaks and refinements, here and there. There are two Hipstamatic apps these days, Hipstamatic Classic and Hipstamatic X. The Classic app is the one where you can still buy individual filters, whereas, in X, it’s primarily subscription-based. It’s funny I never got into Hipstamatic X much, released back in 2019, it just didn’t do it for me, whereas Hipstamatic Classic works much better for me.

There is a strong community spirit around Hipstamatic, on Instagram and within the newer app itself, where there are Buddies, Daily Challenges, Stamps, Camera Sharing and ‘The Magazine’. Anything that helps with motivation, and taking more photos, is a good thing and Hipstamatic has it in spades. The apps have a lot of personality; the artwork and examples that go with each new release are wonderful.

Over the years, some in the community felt releasing so many HipstaPaks or SnapPaks, one a month to fuel subscriptions, was diluting what made Hipstamatic special and that the quality was sometimes hit or miss taking away some of the magic. There was some truth in that perhaps, but you don’t have to like all the gear, with such a big catalogue now built up over a decade, you can be selective and work with your favourites, skipping the rest. I will add I especially love the black and white results you can get from Hipstamatic, I think there are some of the best.

It is a crowded market in the App Store these days, there are a ridiculous amount of retro, vintage-inspired photo apps. I’d still recommend checking out Hipstamatic but I tend to lean towards apps that are more tied to actual film looks, like RNI Films, VSCO or PicTapGo. Those apps are based on real film stock, scanning them and emulating them, which for me gives them more character, though at the end of the day you could argue a filter is a still just filter whatever it is based on, Hipstamatic's inspiration tends to lean to more geographic and place-based and there is nothing to say, that’s not just as good.

Hipstamatic has come a long way and I think it’s a very good thing they are still around, while I use them less these days, it’s an app I’ll always come back to. There is a charm to using Hipstamatic, its interface, sound effects, and the overall package, that goes a long way to differentiate itself from anything else. Hipstamatic deserves to be remembered, its place in iPhone Photography, it has had its detractors, its name alone, has been divisive at times but they have earned their place in the hall of fame, if you will, as far as I am concerned. Long live Hipstamatic!

Hope that was of interest, if you'd like more articles like this sent straight to your inbox, please consider subscribing, it's free and there is no spam! Image credits: Hipstamatic including via the Wayback Machine. 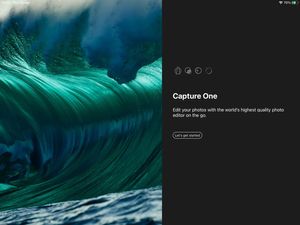 Capture One for iPad is here!

How is Pixelmator making any money? Subscriptions vs. One-Time Purchase! 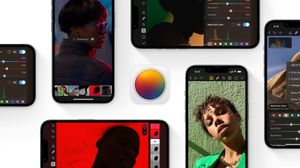